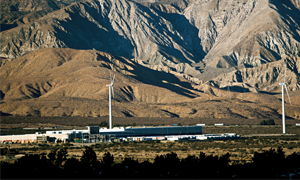 “Global weather patterns affect crop yields, water availability and infrastructure integrity. These changes impact the business we do every day as well as the work of farmers, suppliers and distributors across our vast network of partners, said Paul Grimwood, Chairman and CEO, Nestlé USA. “Nestlé intends to flourish for at least another 150 years, and we believe tackling climate change is key to a healthy planet and healthy people.”

The letter, coordinated by the nonprofit sustainability advocacy organization Ceres, was spotlighted today at a bipartisan, bicameral briefing on climate change in Washington, D.C. featuring a half-dozen food company executives, including a representative from Nestlé.

“Climate change is bad for farmers and agriculture. Drought, flooding, and hotter growing conditions threaten the world’s food supply and contribute to food insecurity,” states the letter, which appears in the Washington Post and Financial Times.  “As world leaders convene in Paris you will have an opportunity to take action on climate change that could significantly change our world for the better.”

“It’s extraordinary to see these iconic food companies, many of which are long-standing competitors, unite at this pivotal moment to urge our political leaders to act swiftly and decisively on global warming, which poses a direct threat to global food supplies,” said Mindy Lubber, President of Ceres.

Nestlé has set targets to reduce direct greenhouse gas emissions per ton of product by 35 percent since 2005, by 2015. The company has also pledged to achieve 100 percent renewable energy across their operations, through RE100, a global initiative to engage, support and showcase influential companies committed to using 100 percent renewable power that now involves more than 30 companies globally.

Nestlé is a member of Ceres’ Business for Innovative Climate and Energy Policy (BICEP), an advocacy coalition of companies working with policymakers to pass meaningful energy and climate legislation. This marks the first time these businesses have publicly united on the need for a strong global climate deal at the 21st Conference of Parties to the United Nations Framework Convention on Climate Change, also known as “COP21.”  Governments of more than 190 nations will meet in Paris this December at COP21 to discuss a possible new global agreement on climate change aimed at keeping global warming below the 2°C threshold.

Click here to see more on what Nestlé is doing about climate change.