Petfinder, the nation’s leading resource for pet adoption, celebrates a major milestone this year – its 20th anniversary. More than 25 million pets and millions of pet parents can claim that they #MetOnPetfinder since the organization was established in 1996 – that’s an average of 1.2 million pets per year that have found their forever homes via Petfinder. 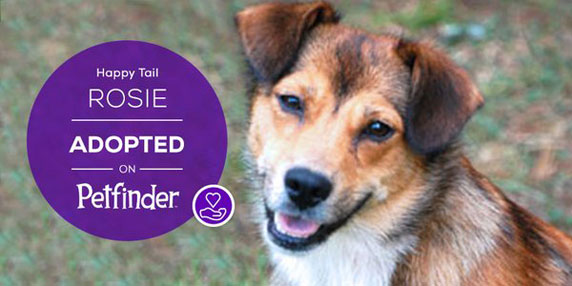 To celebrate its 20th anniversary, Petfinder is asking people across the country to join the celebration and its effort to donate $200,000 to the Petfinder Foundation, who will award grants to 20 shelter and rescue members. To make this donation possible, Petfinder is asking animal lovers to watch and generate one million views by Oct. 24 of its #MetOnPetfinder anniversary video, which shows how adoptable pets have transformed the lives of their adopters.

When the video has been viewed one million times, 20 selected Petfinder shelter members will each receive a $10,000 grant from the Petfinder Foundation to help continue to transform the lives of the pets in their care. As part of the celebration, Petfinder families, advocates, members and fans are also encouraged to share their Petfinder adoption stories on social media by using the hashtag #MetOnPetfinder.

“I’m proud to team up with Petfinder and celebrate the lifelong happiness they’ve created for millions of families and the pets they’ve adopted,” said award-winning actress Jamie Chung, who has appeared in numerous movies and TV shows. “I hope that more people consider adopting when adding a pet to their family. My dog, Ewok, is adopted and he’s been the best addition to my family.” 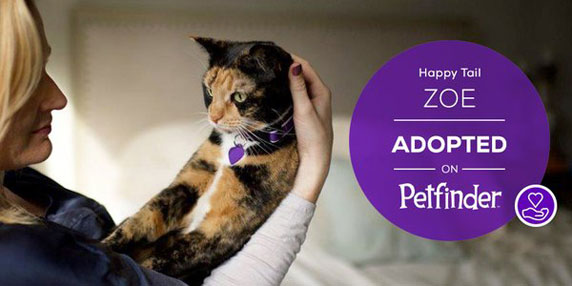 Over the past 20 years, Petfinder has harnessed the power of the internet to help facilitate more than 25 million pet adoptions through its extensive network of more than 13,000 shelter and rescue organizations. At any given time, there are more than 250,000 adoptable pets featured on Petfinder.

“My family and I have adopted and fostered more pets through the years than I can count. I strongly support Petfinder’s goal to find forever homes for adoptable pets and to encourage more people to consider pet adoption,” said Tony La Russa, Major League Baseball Hall of Fame manager and co-founder of the Animal Rescue Foundation (ARF) in Walnut Creek, CA. “By simply watching the #MetOnPetfinder celebration video, you can help Petfinder continue to support shelters and rescues that care for adoptable pets around the country.”

Petfinder was founded in 1996 by Betsy Banks Saul and Jared Saul, who started a website to help save lives of adoptable pets by connecting people to various animal shelters across New Jersey.

Petfinder is a leading online resource for pet adoption, education, awareness and advocacy. It strives to promote the advantage of adopting pets and make it easy to connect people with adoptable pets. Petfinder’s searchable online database of animals that need homes is updated daily and includes a directory of nearly 13,000 animal shelters and adoption organizations across the United States, Canada and Mexico. Petfinder also includes a library of free pet-care articles to help keep pets in their homes. Since 1996, Petfinder has helped more than 25 million pets find forever homes. Petfinder joined the Nestlé Purina family in 2013.