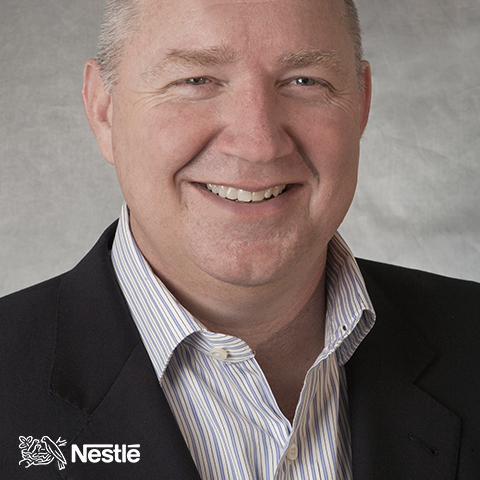 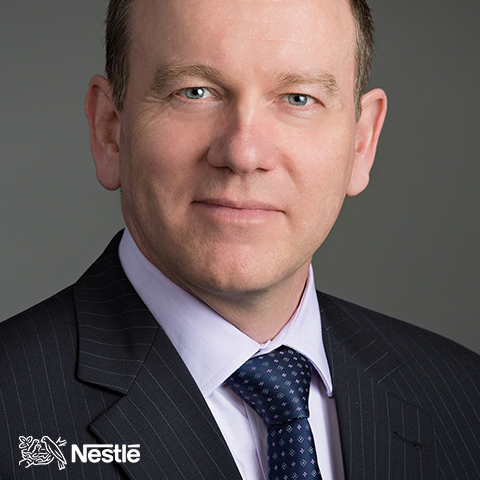 Nestlé today announced that Steve Presley, currently Chief Finance and Strategic Transformation Officer for Nestlé USA, will succeed Paul Grimwood as Market Head and CEO of Nestlé USA, effective April 1, 2018. Grimwood will transition from his current role and will continue to serve the business as Non-Executive Chairman of Nestlé USA until May 2019.

With $9.7 billion in 2017 sales, Nestlé USA is the largest of eight U.S. operating companies as part of Nestlé Group. It includes iconic brands such as Lean Cuisine®, Nestlé® Toll House®, DiGiorno® pizza, Stouffer’s® and Nescafé® across Baking and Global Foods, Beverage, Foods, and Ice Cream divisions.

Presley began his comprehensive career with Nestlé more than 20 years ago as a controller for the beverage factory in Suffolk, Virginia. He held various roles within the Beverage Division, including Vice President of Finance and Vice President/General Manager of Premium Ready-to-Drink Beverages. In 2009, Presley was named President of Nestlé Business Services and in 2013, he was appointed Chief Financial Officer for Nestlé USA. In 2016, Presley’s role was expanded to include leading Nestlé USA’s strategic transformation where he is currently responsible for developing, implementing and leading new and innovative strategies that ensure the long-term growth of the company. Presley’s replacement as Nestle USA's CFO will be announced at a later date.

“Steve has played a critical role in driving the strategic transformation of Nestlé USA alongside Paul,” said Laurent Freixe, Nestlé Executive Vice President and Head of Zone Americas. “His powerful combination of deep commercial and financial expertise provides continuity and makes him ideally suited to lead Nestlé USA in the changing consumer marketplace. Steve's experience will prove invaluable in continuing to pursue new internal and external models to increase the speed of innovation, capitalize on M&A to seed our innovation machine, and create new income streams and capabilities.”

Freixe added that he is thankful for Grimwood’s enormous contributions to the business, which he led through a critical period in the company’s history.

“Paul’s dedication to Nestlé and his exceptional leadership helped propel Nestlé USA to record service levels, working capital and profitability in 2017,” said Freixe. “He achieved this success while simultaneously orchestrating Nestle USA's strategic transformation which included the sale of our Confections business, moving our headquarters across the country, and leading acquisitions and investments in companies like Freshly, Sweet Earth and Chameleon Cold-Brew.”

Grimwood has served as Chairman and CEO of Nestlé USA since 2012 where he led a strategic transformation of the business, which included evolving its products to respond to changing consumer tastes and driving organizational change. He joined Nestlé in 2001 as Country Business Manager for Nestlé Purina PetCare UK & Ireland. In 2005, he served as Head of Operations for Zone Europe, and was appointed Market Head for the UK & Ireland in January 2009. As Non-Executive Chairman, Grimwood will continue to provide strategic counsel, with a particular focus on stakeholder relations. He also will play a key role in driving Nestlé’s Creating Shared Value agenda as well as engaging with government officials, industry leaders and NGOs.

Named among “The World’s Most Admired Food Companies” in Fortune magazine for twenty consecutive years, Nestlé USA is committed to enhancing quality of life and contributing to a healthier future. By providing choices, from nutritious meals with Lean Cuisine® to baking traditions with Nestlé® Toll House,® Nestlé USA makes delicious, convenient, and nutritious food and beverages that make good living possible. With 2017 sales of $9.7 billion, Nestlé USA is part of Nestlé S.A. in Vevey, Switzerland — the world’s largest food company. For product news and information, visit Nestleusa.com or Facebook.com/NestleUSA